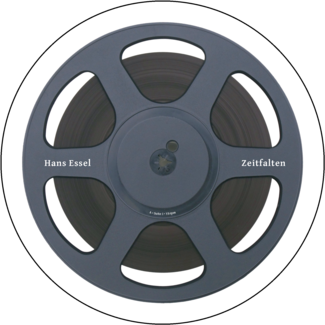 After 2013's Saitensack LP, this edition showcases another long-running project by Darmstadt-based composer Hans Essel (b. 1948). Zeitfalten (time folds) is music for tape machines: Using a Revox A77 reel tape recorder, the tape is led around a guide between the record head and the replay head. Each recorded sound is replayed after nine seconds and added to the input sound. Optionally, the tape can be led to a second A77 where it is replayed once again and selectively re-added to the input. Utilizing these methods, Essel builds a sediment of sound where every auditory event returns again and again, yet is distorted and diminished over time. Each tone has to deal with the past and at the same time defines the future. Zeitfalten thus allows for tape machines to become instruments of musical articulation. The character of sound is partly defined by the input sources used. Since its introduction in 1988, Zeitfalten has gone through a number of setups utilizing different sound sources. This edition collects four recordings: Suite I (1989, viola and voice), Messages (1990, radio signals), Reportage (1994, pre-recorded voices) and Falten (1996, two tape machines without external input). While Suite I is an environment with almost no control over the replaying process, a mixer was added for the other three setups. 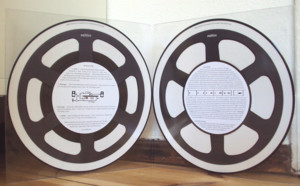