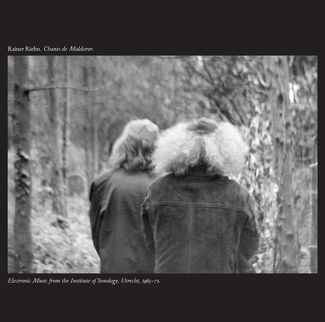 Rainer Riehn (1941–2015) was a German musicologist, conductor and composer of avant-garde music. He is best known for being the long-time partner and collaborator of Heinz-Klaus Metzger with whom he published the journal "Musik-Konzepte" between 1977 and 2003, devoted to the musical avant-garde of all eras. Together, they also founded the Ensemble Musica Negativa in 1969, committed to radical music by John Cage, Morton Feldman, Dieter Schnebel, a.o., for which Riehn served as the conductor and organiser. Nevertheless, his own small but impressive compositional oeuvre of chamber and electronic music remained mostly unpublished.

Between 1965 and 1971, Riehn was a student with Gottfried Michael Koenig at the Institute of Sonology in Utrecht where he realised a number of electronic pieces of which only one, "Chants de Maldoror", was released on Deutsche Grammophon in 1970. This edition for the first time collects all surviving pieces he made during this period. Included are two versions of "Chants de Maldoror", one side-long piece in a similar vein, and two shorter conceptual pieces. The double LP is presented in a gate-fold sleeve with a 4-sided insert, reproducing an essay by Riehn on his way of composing ("Art and Feces"), and an extensive interview about his time in Utrecht. All texts are printed in German and English. Edition of 300.